CTS is now hiring! Learn more and join our team. 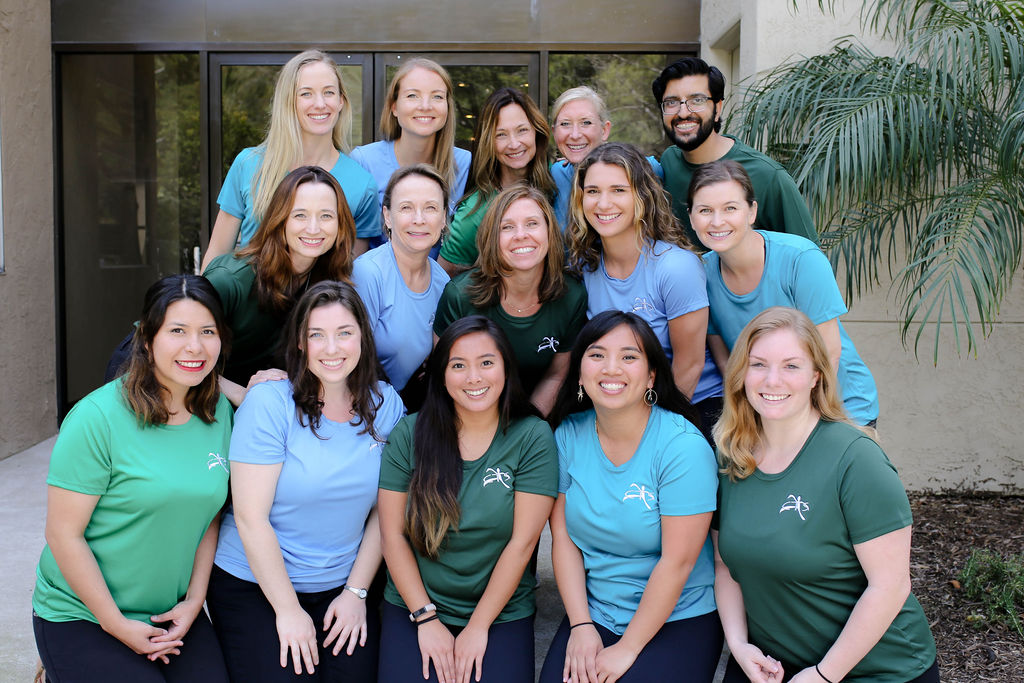 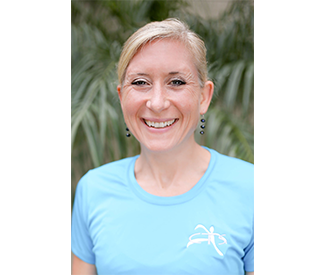 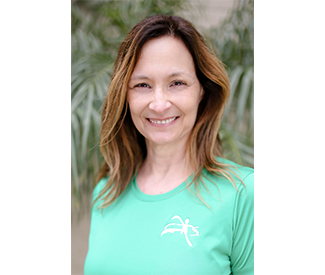 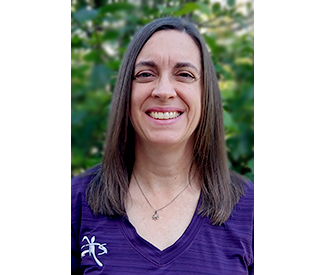 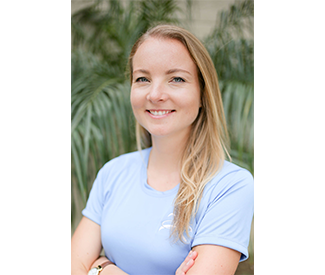 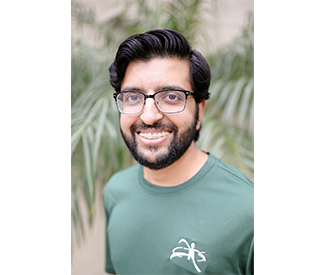 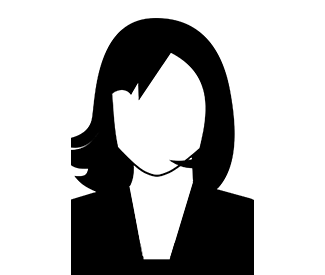 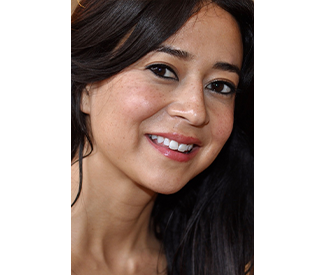 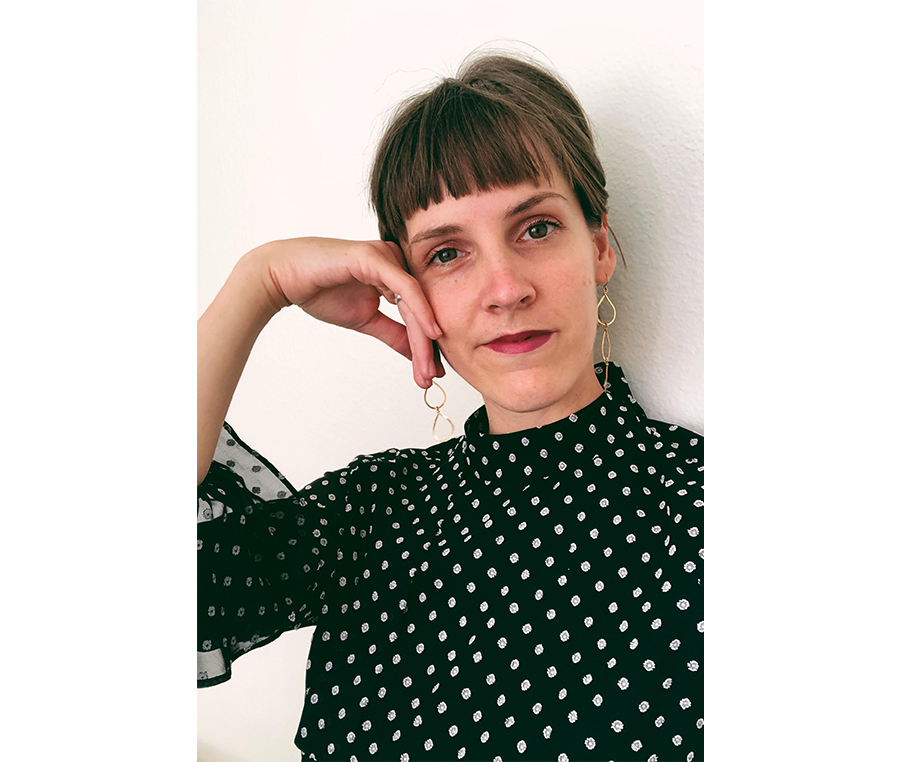 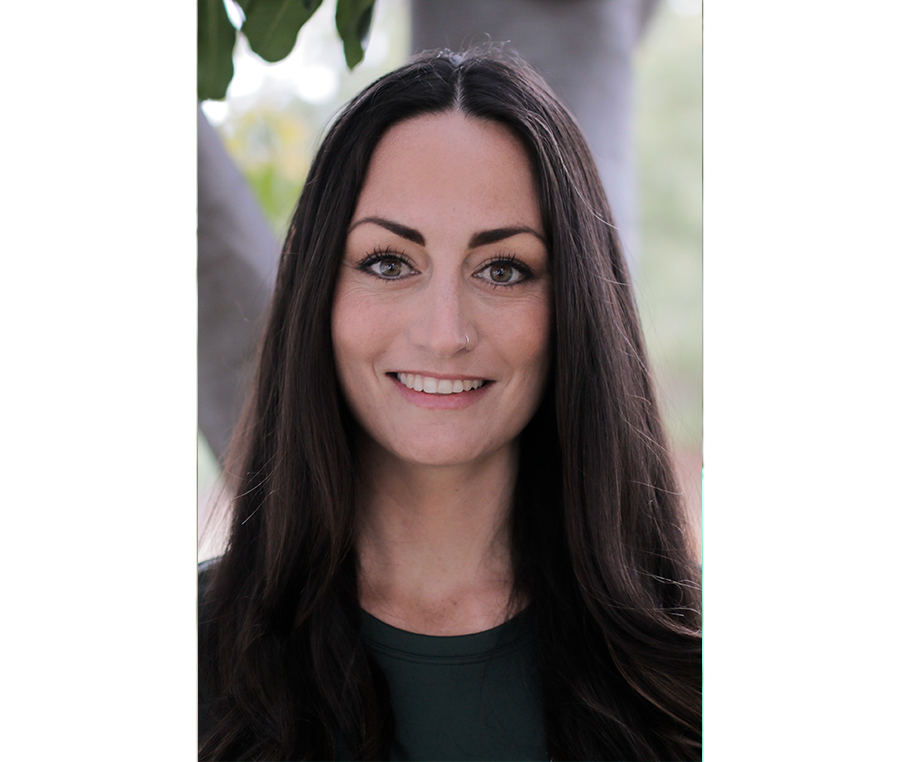 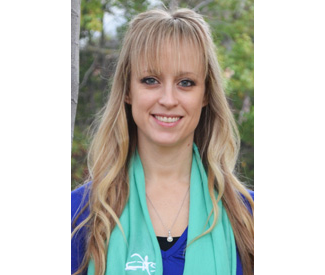 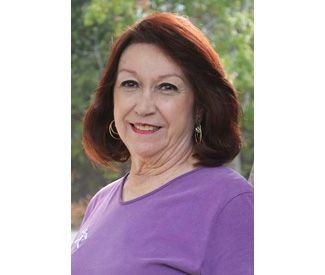 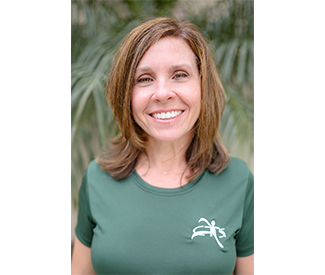 Elizabeth Leeds received her Masters in Physical Therapy in 1998 and her clinical doctorate in 2009 from Boston University. Elizabeth's passion in fitness and wellness coupled with her own journey with a neuro-autoimmune issue and motherhood has confirmed her belief in looking at the individual as a whole and honoring his/her musculoskeletal and environmental factors.

Elizabeth's treatment techniques fuses her background in manual therapy, functional biomechanics, mat and reformer pilates, personal training, and holistic life coaching. She recognizes the stress of life and inadequate nutrition can perpetuate and accelerate any underlying musculoskeletal issue. Her hope is to empower the individual with the education and realistic tools to manage the musculoskeletal issues, in order to enhance the client's confidence, hope and vitality.

Elizabeth's free time is spent teaching in the fitness industry for GRAVITY and educating on prenatal and post partum issues, as well as, care for the pelvic floor.

Jill joined the Comprehensive Therapy Services family in 2010 and is very excited to be a part of the team approach that CTS offers. She received her Physical Therapy degree in 1987 from the University of Tennessee Center for the Health Sciences and began her career in the field of Pediatrics in various settings such as home health care, inpatient pediatric facilities, and school/child development centers. After several years of being a full-time Mom, she renewed her career in the field of Women's Health and Pediatric/Teen bowel and bladder dysfunction. Jill is passionate about helping women, children, and teens learn to take control of their bodies and make the changes necessary to regain control of their lives.

Katherine has been part of the pelvic physical therapy team at CTS since 2010. She has taken a wide variety of continuing education courses on pelvic floor treatment for women, men, and children, on prenatal and postpartum physical therapy, and on visceral manipulation. She has also been studying craniosacral therapy, and is excited about incorporating more of this holistic treatment paradigm into her practice. Katherine has attended over 25 births as a birth doula, which has enhanced her understanding of musculoskeletal and pelvic floor issues related to childbirth. She is a member of the American Physical Therapy Association, APTA’s Section on Women’s Health, DONA International, and the Coalition to Improve Maternity Services. She is passionate about empowering patients through education on how their body systems are designed to work.

Katherine enjoys spending time with her husband and four awesome daughters, and is addicted to reading. Her favorite muscle is the obturator internus.

Anne graduated from Saint Louis University with a Bachelor's degree in Exercise Science and a Doctorate in Physical Therapy. In physical therapy school, Anne found her niche in Men's and Women's Health. Anne's treatment approach emphasizes positive pain education and empowerment. She enjoys treating both orthopedic conditions and Men's and Women's Health with a focus on return to function.

Anne joined the CTS team in 2016 and has completed extensive continuing education courses relevant to both orthopedics and Men's and Women's Health. She is a member of the American Physical Therapy Association and the APTA's Section on Women's Health. In 2015, she spoke on the panel for the Section of Women's Health Complex Cases in Men's and Women's Health in the National Physical Therapy Conference. Anne was granted the certification of Orthopedic Clinical Specialist in 2017. This specialty certification demonstrates specialized knowledge and advanced clinical proficiency in the area of orthopedics. In 2019, Anne was awarded the CAPP-Pelvic Certification. The CAPP-Pelvic Certification signifies completion of comprehensive education, training, and testing program for the management of patients with diagnoses of pelvic health dysfunction. The CAPP assures that the therapist has received the most up to date, research based training for the treatment of these conditions. In 2021, Anne completed her 200-hour Registered Yoga Teacher certification. She enjoys teaching and practicing breathwork, Hatha, and Vinyasa classes.

Milan received his Bachelor's degree in Comparative Literature from UCLA and his Doctorate in Physical Therapy from San Diego State University. Before becoming a PT, Milan spent several years managing clinical trials for pulmonary conditions, specifically emphysema. It was during this time he began to see how beneficial movement can be for the human body, which led him down the path to physical therapy. At SDSU, Milan completed clinical rotations in the areas of pediatrics, neurology and orthopedics, and was elected president of his class. Milan was also part of the Women's Health research group looking at the effects of exercise and taping on abdominal muscle separation (diastasis recti), a study that will be published in the Journal of Women’s Health Physical Therapy in 2018.

After receiving his Doctorate of Physical Therapy, Milan has furthered his education by taking courses in bowel and GI health, pelvic pain, Men's Pelvic Health, vestibular dysfunction, McKenzie Method for spinal pain, and Kinesiotaping. He specializes in orthopedics as well as Male Pelvic Health including post-prostatectomy, pelvic pain, incontinence and erectile dysfunction. Milan loves empowering his patients and getting them moving using a combination of traditional physical therapy, Applied Functional Science, and Pilates based exercises. He also uses a variety of manual techniques including joint mobilizations, proprioceptive neuromuscular facilitation, and soft tissue mobilizations.

Drawing on the time-honored practice of traditional Chinese Medicine, modern functional medicine, and nutrition based healing, Elizabeth offers an integrative approach to healthcare. At the core of this approach is the philosophy that optimal health is best achieved by using supportive measures, which encourage the body to heal itself.

Her interest in Eastern medicine began while doing volunteer work at Greenwich Hospital's Center for Integrative Medicine in her hometown of Greenwich, CT. Here, she was able to see firsthand the far-reaching benefits of an integrative health model in which non-invasive interventions, using both Western and Eastern medicine, was the focus of care.

Elizabeth went on to earn a Master of Science in Traditional Oriental Medicine (MSTOM) from Pacific College of Oriental Medicine. As part of her clinical hours, Elizabeth completed internships with affiliate hospitals including the VA Hospital in New York City, UCSD’s Owen’s Clinic, and Rady’s Children's Hospital of San Diego. She also completed a training program at Chengdu University in the People’s Republic of China where she studied within the dermatology and gastroenterology departments.

Elizabeth treats a broad range of conditions, with a special interest in digestive disorders and women’s health, as well as stress and pain management.

Kathleen is a certified Pilates instructor, licensed massage therapist and certified prenatal massage therapist. She is a distinguished educator and speaker for her work in supporting prenatal and postpartum women optimize their births and recovery. A former professional dancer, she has been in the movement and bodywork field for over 10 years. She began her career working in rehabilitation for dancers, and after the birth of her two daughters went on to become a birth and postpartum doula. Kathleen's area of specialty is in helping to prepare women’s bodies, minds and spirits for birth, as well as supporting them during recovery and growth as they step into early mothering. She also has a special passion for teaching dancers to move in more functional ways to support longevity and resilience in their careers.

With her free time, Kathleen is either taking ballet class herself, spending time with her two young daughters or writing.

I am an Occupational Therapist, specializing in women’s pelvic health and lymphedema and how they impact roles, relationships, participation and pleasure. My approach honors the body's innate wisdom to heal because you know your body better than anyone. I consider your physical, emotional, energetic bodies and environment for complete holistic care.

As an Occupational Therapist I help you thrive in the things you need to do and love to do. Occupations refer to anything we do daily that “occupies” our time. Our daily occupations give meaning and purpose to our life and have direct influence on our health and wellbeing. I assess your daily habits, routines, physical body and thoughts that may be hindering your occupations and work with you to align with those that support your health and growth. My mission is to support my patients in achieving harmony in their bodies and empowerment throughout their lives.

I am a Southern California Native. I received my bachelor’s degree in Kinesiology from San Francisco State University. I then moved to San Diego to complete my Masters in Occupational Therapy at University of Saint Augustine. After graduation, I pursued my passion and obtained specialized training in pelvic floor therapy and lymphedema therapy.

Conditions I treat as a Certified Lymphedema Therapist

Kristin has been with CTS since August of 2004 and is currently the Office Manager and teaches Pilates. She graduated from SDSU in 2005 with a Bachelor's Degree in Kinesiology with an emphasis in Pre-Physical Therapy. In 2007, she became a certified personal trainer through the NSCA. She received a Pilates certification in 2008 through the Balanced Body University and recently trained on the CoreAlign.

She loves spending time with her family, especially her daughter, Kassidy, born on Halloween of 2012. She also enjoys Yoga and hiking.

A native San Diegan, Lilly attended Point Loma High and the University of San Diego. She is active in La Jolla Playhouse and has served on the board. Lilly is also a "CASA", Court Appointed Special Advocate for Children. After raising five children as a single mother, Lilly re-entered the work force specializing in medical front desk office procedures, which included insurance and billing. The rules and regulations of insurance and billing are ever changing and require close vigilance. Lilly is a patient advocate and believes patients should be given the highest form of quality care, integrity and dedication from the Physical Therapists that attend to their needs and the aides that assist them.

During the past 19 years, Cindy's courage, leadership and dedication to her patients and staff and ethical business practices have paved the way for success. CTS is now widely considered one of the premier physical therapy clinics in the Southwestern United States for Women's Health and Pelvic Medicine. Through education in preventative strategies and a proactive, manual treatment approach, Cindy's goals are to minimize discomfort, expedite recovery and restore and enhance function with each of her patients.

One of Cindy's priorities for her staff is continual professional education to keep abreast of the latest research and techniques. She provides the means and time for her staff to take courses to grow in their respective areas and to share this information staff wide on a regular basis.

Cindy's own ongoing education in the areas of orthopedics, women's health, and pelvic medicine is extensive and she loves to learn and to share her knowledge with patients, other practitioners, doctors and friends. Here in San Diego, she works as an adjunct professor at San Diego State University and guest professor at the University of St. Augustine Physical Therapy Programs, partners in national research projects, educates the fellows in physical therapy options for clients, and collaborates with UCSD Pelvic Medicine and the Naval Medical Center San Diego-Balboa on a regular basis. She is a member of the American Physical Therapy Association Section on Women's Health and Private Practice Section, International Pelvic Pain Society, American Urogynecologic Society, National Vulvodynia Association, Interstitial Cystitis Association and Vulvar Pain Foundation.

She and her husband are the proud parents of a 10 year-old daughter. She manages to keep up with her daughter and stay healthy with running, Yoga, Pilates and taking a deep breath as often as she can.